For more than 95 years, the Faculty of Forestry and Wood Technology has been conducting a part of its field education on the island of Rab. The founder of the Department of Silviculture, prof.dr.  Andrija Petračić, was the first to bring forestry students back in 1923 to the island of Rab to show them the plants and the forests of the greenest island in the Adriatic. Since then, forestry students have been conducting a part of their field classes on the island of Rab every year.  As a result, the Faculty of Forestry and Wood Technology founded its own educational and experimental forest facility (NPŠO) on Rab.

The Faculty of Forestry and Wood Technology of the University of Zagreb has been managing a part of the Mediterranean forests on the island of Rab for the educational purposes of highly qualified personnel and scientific research activities.  The forests were taken over to administration and management in 1975. The aforementioned forests have a special purpose (>>The Forests with a special purpose<<), and their main goal is to provide a vivid education to the students of forestry, to carry out scientific and research activities related to the natural regeneration of the Mediterranean forests and to make sure the forests on the island of Rab achieve their optimal tourist and recreational role.

For the educational purposes of highly qualified personnel and scientific research activities the Faculty of Forestry and Wood Technology of the University of Zagreb has been managing a part of the mountain beech forests in the Požega-Slavonia County nearby the town of Velika. The forests were taken over to administration and management in 1963.

The training and forest research centre Velika is located in the forest area of Duboka in the south-eastern part of the Papuk mountain that belongs to the Slavonian Highlands.  At its southern boundary, the facility is located 19 km away from the centre of Požega, the center of Požega-Slavonia County, and 3 km from the municipal centre Velika. The surface of the facility is 754,54 hectares and the altitude between 430 and 780 meters above sea level.  It covers the mountain area between the important mountain peaks in this part of the Papuk mountain. Jankovan is located in the north, Lapjak in the south and Češljakovački Vis in the south-east.  The surface of the facility itself is delineated by the following boundaries: to the west by the ridgeline from Tisica to Nevoljaši, to the north and north-east by the Papuk ridge or the main ridgeline (up to Češljovački vis, the highest mountain peak in the eastern massif - 820 m above the sea level), and to the south and south-east by the ridge towards Loparna, Lanište and towards the stream Radiša down to Tisica.

The objective of the management is to obtain the stable economic aspects of the forests that will provide the most favourable economic and biological effect and that will serve as an example of economic beech and other forests in given circumstances, primarily in the hills of the Sava-Drava interfluve.

The foundation of the Faculty of Forestry and Wood Technology resulted in the nursery establishment as well, that was named a forest garden. The surface area and the location of the nursery had been changing, and today it covers the area of 3 hectares. Since the very first days of its establishment, the main purpose of the nursery was to instruct students on how to perform the basic tasks in plant nursery, as well as to conduct scientific and research jobs. 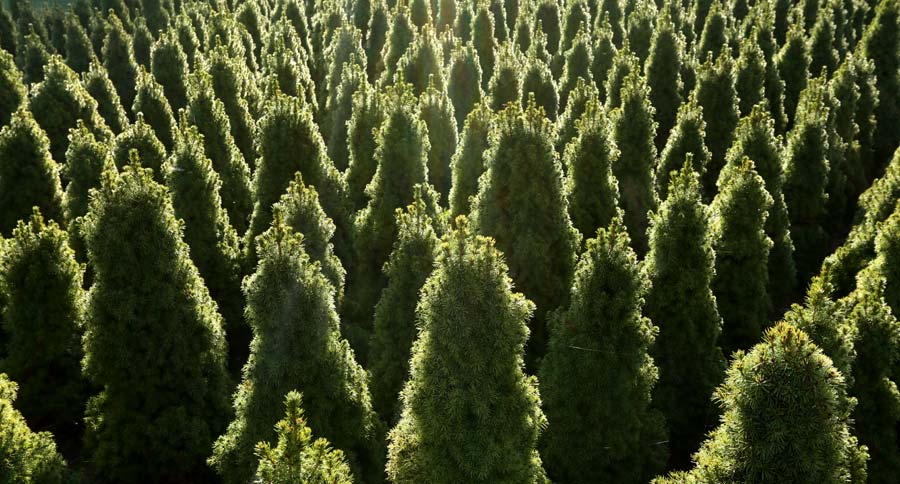 The training and forest research centre Zalesina is located in Gorski kotar, the territory in the north-west of Croatia, 130 km west of Zagreb and about 50 km east of Rijeka. The forests of this facility comprise three economic units with the total surface area of 735,94 hectares.  In 1963, the forests of all the three current economic units were excluded from regular forest management and declared forests of special purpose, such as forests for teaching and scientific research, and were consequently entrusted to the Faculty of Forestry and Wood Technology of the University of Zagreb for further management.