The educational and experimental facility Zalesina is located in Gorski kotar, the territory in the north-west of Croatia, 130 km west of Zagreb and about 50 km east of Rijeka. The forests of this facility comprise three economic units with the total surface area of 735,94 hectares. In 1963, the forests of all the three current economic units were excluded from regular forest management and declared forests of special purpose, such as forests for teaching and scientific research, and were consequently entrusted to the Faculty of Forestry and Wood Technology of the University of Zagreb for further management.

The economic unit Belevina is situated on the north side of the Kupjak Plateau, on the slightly undulating, loping ridges of the three mountain heads of fair exposure and moderate inclination (up to 20%), at the altitude between 720m and 870 m.  From the south, south east and south west side it is surrounded by the road Zagreb - Rijeka, to the north by the economic unit Kupjački vrh, to the north west by the railway line Zagreb - Rijeka, and to the east by the road Kupjak - Rogi. The components of the economic unit Belevina are seed-bearing plants of a high growing form and of the selection system management method. Fir-tree forests were established by natural regeneration, as well as beech, maples and other species of deciduous trees. Spruce was artificially introduced at some point, and nowadays it has been naturally restoring in some localities.

The economic unit Kupjački vrh was named after the hill Kupjački vrh where it is located at the altitude between 670m and 997m above sea level.  The landforms are dominated by the centrally located Kupjački vrh (top of the hill), sloping gently as well as very steeply down to all sides. The landforms are rich in karst phenomena and very steep rocks. On the north and north-east side it touches the forests of the Forest Office Skrad, and on its east side it is surrounded by the road Kupjak - Rogi, on the south by the village Kupjak and by the economic unit Belevina, whereas on its west and north-west side by the road Kupjak - Crna Hloja as a border.
The main sorts of trees are fir and beech, with the presence of mountain maple and plain ash. The mountain elm, which used to be significantly represented, has been dying out rapidly.  The major tree species naturally regenerate and develop the tree structure in all plant communities.

This economic unit is mostly located on the south-west side of the Sunger valley, and a 1/3 of it covers the slopes of Čavlinove glavice (Čavlin's head) under the village Brestova Draga. It is surrounded on the south-east by the slopes of Velika Kapela, Čelimbaš and Maj vrh (top), on the north and north-east side by Osivanski vrh (top), Mrkovac and Debeli vrh, and on the south and south-west by Bitoraj, Militar, Čavlinova glavica and Slavica vrh. Along the road Lokve-Mrkopalj, it is 2,28 km long and 1,25 km wide.
In the economic unit there is a fir forest with hard fern, and represents one of the economically and naturally most important forest communities of Gorski Kotar. The tree layer is dominated by fir, spruce and beech trees.  The beech-fir forest with spruce trees continues to the first community and grows along the forest road on the slopes between 50m and 70m above sea level.

THE ROLE OF THE FACILITY IN TERMS OF EDUCATIONAL, SCIENTIFIC AND RESEARCH ACTIVITIES

The students of the Faculty of Forestry and Wood Technology have been continuously participating in field classes in Zalesina since 1951. By completing the construction of the modern accommodations and related facilities for the students and teachers, with former carefully selected facilities, Zalesina becomes a highly ranked educational and research centre for selection forests in Croatia. The result of these activities are many publications and capital works on research of the selection forests in Croatia. The centre released 9 experimental plots that have been included in the project “Hundred permanent experimental plots of the Republic of Croatia”. 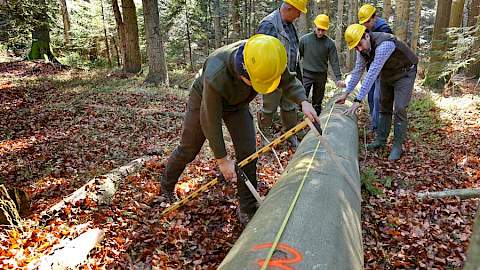 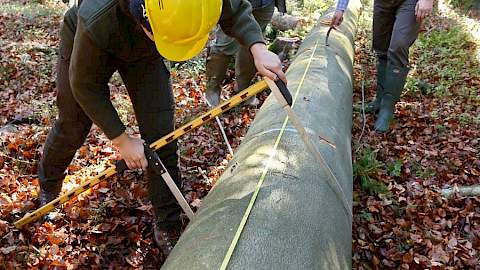 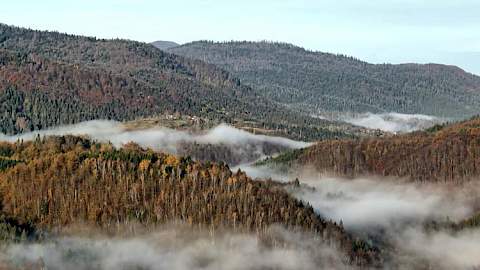 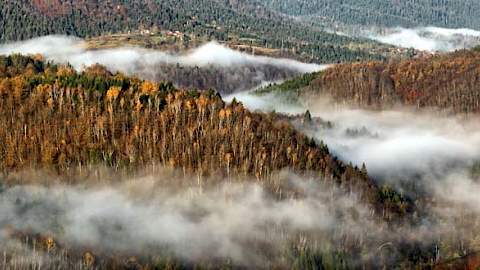 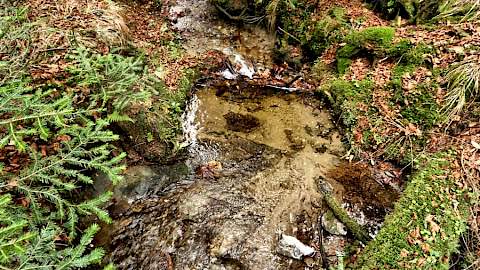 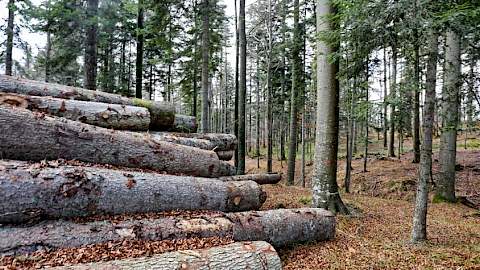 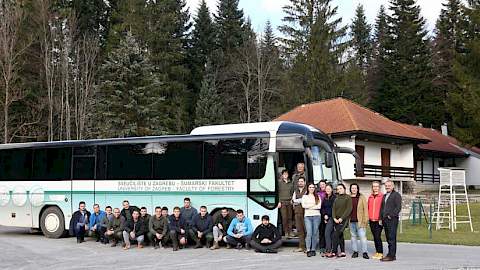 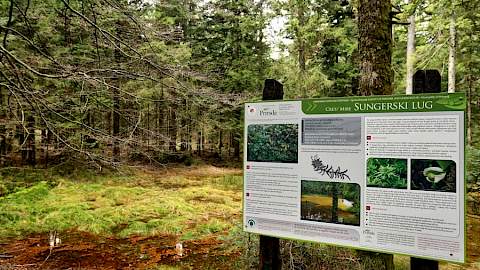 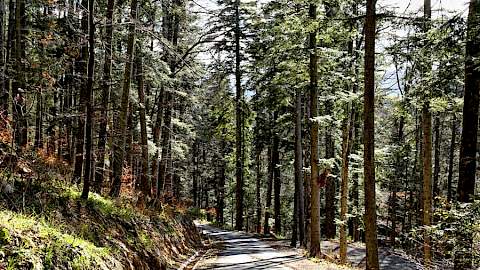 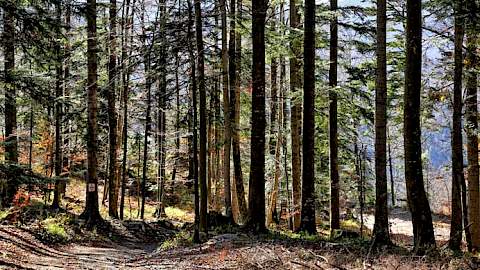 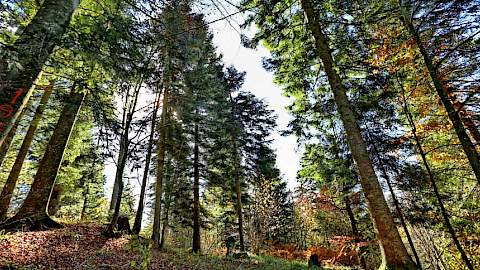 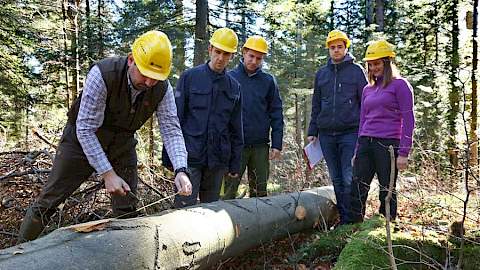 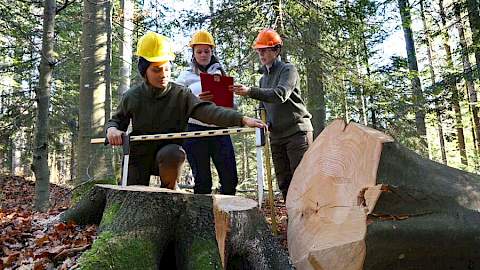 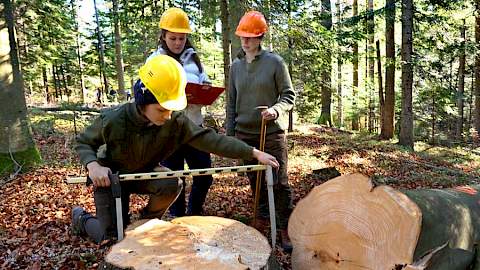 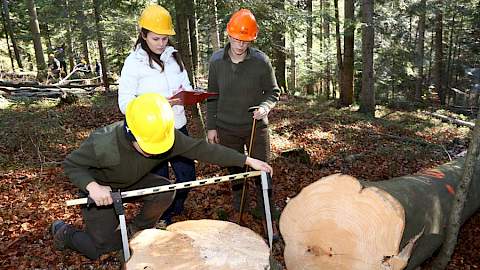 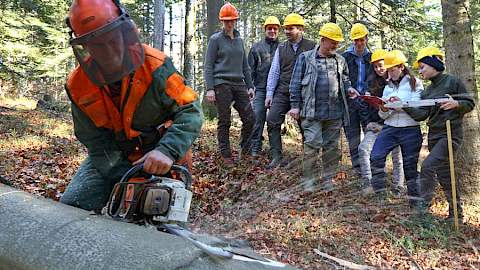 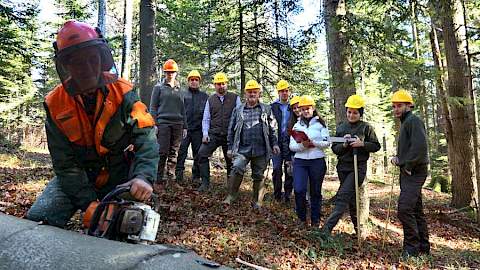